It is clear, therefore, that, at midsummer, the amount of sunlight being reflected back into space at the respective poles was much higher last year, than the 30-year average.

Perhaps Ted Scambos and his colleagues at the NSIDC would care to explain why they keep making such grossly misleading statements?

NOT A LOT OF PEOPLE KNOW THAT 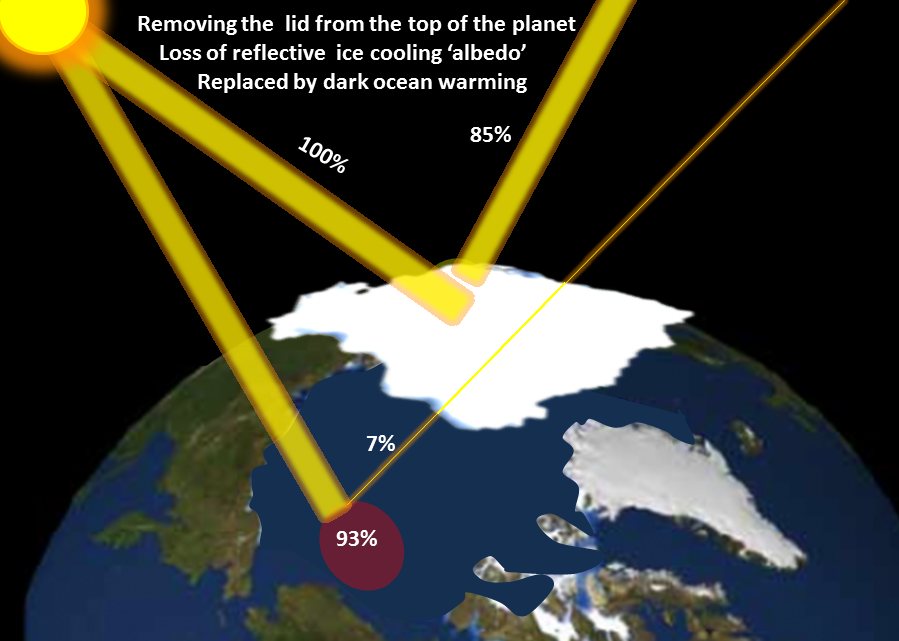 We often hear it said that the loss of Arctic sea ice is more important than gains in the Antarctic.

I saw it again the other day, when some idiot made a comment to the effect that “Arctic summer = Antarctic winter” – his train of thought apparently being that, in the Arctic summer, the sun is shining and therefore less ice means less sunlight being reflected back into space. At the same time, it is winter in Antarctica, and therefore the albedo effect there is not relevant.

We should not be surprised that people make such stupid comments, as NSIDC seem equally confused. In their 3rd October press release, they talk of:

Since 1979, September Arctic sea ice extent has declined by 13.7 percent per decade. Summer sea ice extent is important because, among other things, it reflects sunlight, keeping the Arctic region cool and…