This section will cover the scientific research and development for the problem of “Weather Control”. It would seem that science has always had an interest in mastering our weather with the framework for large scale weather modification being established through  18th and 19th centuries. ( to be continued)

1945 Weather Control proposal from RCA labs for the USAF by Vladimir Zworykin. 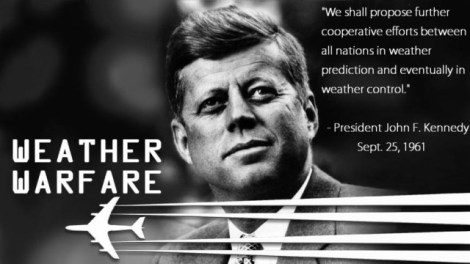 “We shall propose further , cooperative efforts between all nations to work together in weather prediction and eventually weather control…”

and Video and Transcript of President JFK’s address to the United Nations General Assembly, 25 Sept, 1961.